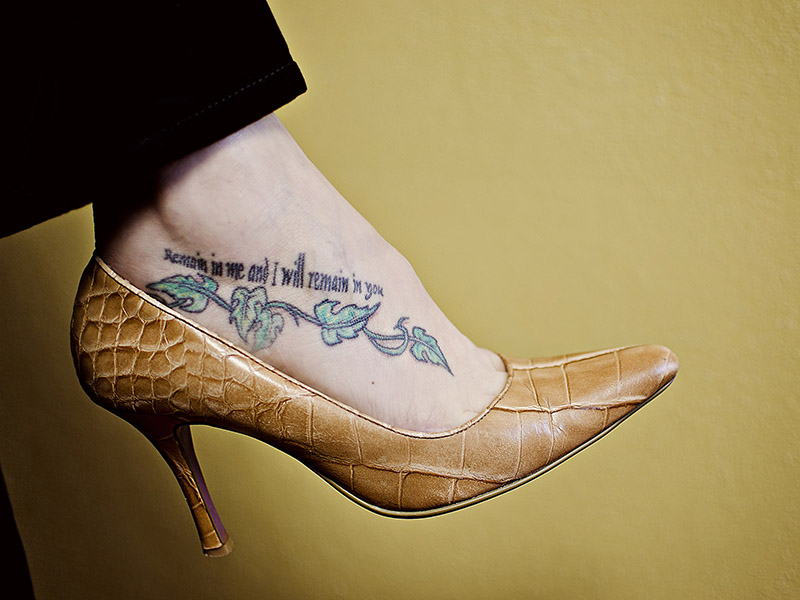 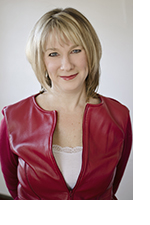 The whole tattoo idea came from several events. The first being my divorce, which was finalized 1 year prior to this event. The second was several friends who had tattoos depicting their faith. The third was a woman at the karate center who had Chinese-inspired art along her foot.

My girlfriends were planning on adding to their personal tattoo collections and asked if I would like to join them. I thought for quite awhile about what I wanted my tattoo to mean. I also wanted to display it in an area that wouldn’t eventually sag and where it could be covered. Remembering the foot tattoo, I decided that was a relatively sag-free zone and easily covered.

It took me awhile to finally decide on what scripture to use. It was a debate between John 15 and Zephaniah 3:17. Zephaniah reads: “The Lord your God is with you, he is mighty to save. He will take great delight in you, he will quiet you with his love, he will rejoice over you with singing.” That tattoo would have been illustrated with blue birds. Occasionally, this is still considered but I am very happy with John 15.

This chapter of John illustrates how God is the vine and I am the branches. If I want to grow – even live – I need to be centered in Him. I chose the phrase, “remain in me and I will remain in you” to be a constant reminder that without God I truly can not do anything. The grapevine art is a visual representation of the scripture.

My Mom told me I was going through adolescence again but I have never regretted the tattoo or it’s eternal meaning. It helps me stay focused on what is important.