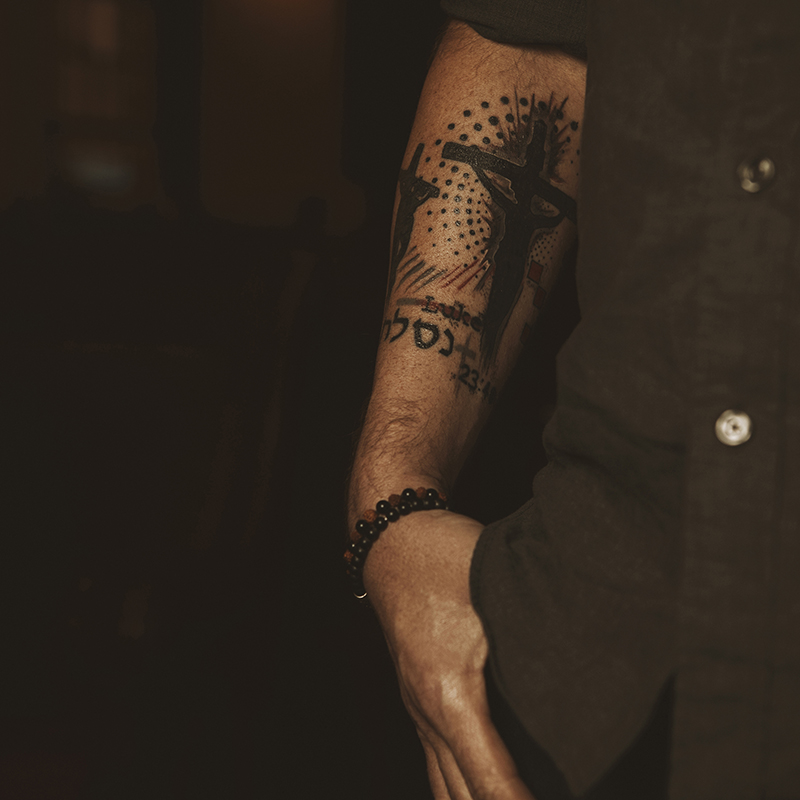 My tattoo is inspired by the story of forgiveness – a story that has impacted my life and continues to impact how I live.

It is a story found in the Bible, of two thieves on the cross. These two men were imperfect and they were considered among the worst in society. I like to imagine that the two thieves had seen Jesus, heard his teachings and saw his miracles. But through the choices they made, they ended up on crosses beside Him. Two thieves and one Savior.

One thief turned his back, mocked and despised him. The other looked and saw a man that did nothing wrong , except defy the teachers and religious leaders of the day. And with that the thief called upon him to remember and forgive him.

The best part of the story is that Jesus, in all his pain, the crown of thorns, the lashes on his back and his moment of separation from God, looked upon him and forgave. For me, it is the greatest of all stories about forgiveness. His life models a life worth following. Forgive, forgive and forgive. I live as forgiven no matter what my past or what others may tell me, and strive to be a forgiving person.